A few days ago the news that the worldwide famous trademark “RF”, acronym of the initials of the world tennis star Roger Federer, has been sold by Nike, original owner of the trademark and its rights of exploitation, to Tenro AG, a company directly controlled by the Swiss champion that manages the portfolio of IP assets attributable to him. 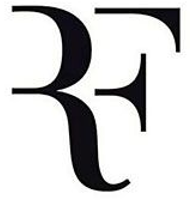 The background.
The sign in question, which as seen reproduces in stylized characters the initials of the Swiss tennis player, was created in 2008 by the sportswear giant Nike, to which Federer has been linked by a sponsorship contract that dates back to 1994. The logo has therefore been registered as a trademark in the most diverse countries of the world, including Italy (trademark no. 302008901644561), the European Union (trademark no. 6819395) and the United States (trademark no. 3745413). But by whom? Although the trademark was used (and in fact usable) only in connection with the sport activity carried out by Federer, the subject requesting the trademarks – and the consequent owner of the registrations – was not Federer but its sponsor, Nike. The “RF” brand has in a very short timeframe acquired planetary success (rectius, reputation) becoming one of the most recognizable and distinctive signs in the world of tennis and sports in general and reaching a market value of 27 million dollars according to the American magazine Forbes.
The Federer-Nike-RF triangulation continued with success until, in Summer 2018, the divorce between the American sport apparel giant and the Swiss athlete was announced following the termination of the Nike-Federer sponsorship contract and the transfer of the latter towards the Japanese company Uniqlo, with which Federer signed a new partnership that will bring him the beauty of $300 million over the next ten years.
The change of sponsorship made it immediately arise the following concern in tennis fans and IP legal experts: what will happen to the RF logo? On the one hand, in fact, the rights of exploitation of the trademarks concerning the sign remained the exclusive property of Nike, the only subject that could legitimately decide the times and means of use of the trademarks: consequently, any possible use by Federer of the logo or of another sign similar to it would have determined an infringement of Nike’s trademarks. On the other hand, the logo was (and indeed is) closely linked to the person of Roger Federer and his sports performances, in fact reducing (if not totally eliminating) Nike’s interest in using the trademark after the termination of the relationship with the athlete. A possible use of the trademarks in the absence of Federer’s consent, or in any case dissociated from his sports figure, would also have raised serious profiles of deceptiveness of the trademark itself, with the risk of seeing the famous trademark declared invalid under (with regard to EU) Art. 58/2 EU Reg. 2017/1001. In addition to the above, Federer himself never hid to jealously observe that “this is something very important to me, and to my fans in particular. They are my initials. They are mine”.

The assignment.
The result of such an impasse was the cease of any use of the brand for almost two years (except for footwear worn by Federer in tournaments, for which a separate sponsorship contract continued to be in force). Until when, in February 2020, the involved parties managed to find a shared out-of-court solution – the economic details of which have not yet been revealed – which led to the assignment of the renown brand from Nike to the already mentioned company controlled by Federer (note, no longer to the current technical sponsor Uniqlo): the transfer already results in the databases of some trademark offices, such as the U.S. and Chinese ones (see https://www.tmdn.org/tmview/welcome.html?lang=it#) and within a few days it will probably be formalized with regard to the other relevant territories, too. Only time will tell how the new owner Roger Federer will decide to use his trademarks. In the meantime, fans can get back to quivering.

This website uses cookies to improve your experience while you navigate through the website. Out of these, the cookies that are categorized as necessary are stored on your browser as they are essential for the working of basic functionalities of the website. We also use third-party cookies that help us analyze and understand how you use this website. These cookies will be stored in your browser only with your consent. You also have the option to opt-out of these cookies. But opting out of some of these cookies may affect your browsing experience.
Necessary Always Enabled
Necessary cookies are absolutely essential for the website to function properly. This category only includes cookies that ensures basic functionalities and security features of the website. These cookies do not store any personal information.
Non-necessary
Any cookies that may not be particularly necessary for the website to function and is used specifically to collect user personal data via analytics, ads, other embedded contents are termed as non-necessary cookies. It is mandatory to procure user consent prior to running these cookies on your website.
SAVE & ACCEPT